We went back home last month to tell the story of Jess and Brent’ New Orleans wedding. They lucked out because this was like one week before the weather has just become almost intolerable with the heat. For anyone who hasn’t been to New Orleans during the summer let me you that the old buildings in the French Quarter are made with bricks from mud of the Mississippi river. When the 94+ degrees hit and that sweltering humidity sets in, the French Quarter becomes a literal brick oven. It becomes the literal hottest part of the entire city. But not for Jess and Brent. The weather was nice as shit actually for them, and us. This was a multi-day affair which doesn’t happen too often, but when it does, it gives us so much more time for friends and family to open up to us. That way on the wedding day, everyone is cool with everyone and we get to catch those natural expressions much more easily.

We started at their rehearsal dinner at The Pharmacy Museum, which is an awesome and haunted place you should visit. After talking to the managers, we didn’t see anything but they say it’s 100% haunted. We snuck away with Jess and Brent and took some portraits of them while we had permission to snoop around upstairs alone. Great food and drinks from Palate New Orleans. The next day was their actual New Orleans wedding and Alexis Nelson with Uncommon Camellia was there helping out and steering the ship. She’s an awesome captain to have piloting your wedding cruise so if you’re looking for help please click that link and check out Uncommon Camellia for your own wedding. Jess got ready in her suite while Brent and his guys hung out in the courtyard below until it was time to go to St. Mary’s church next door. they were married by New Orleans’s youngest priest, which is pretty cool. Then they walked out in style to the greetings of their own second line parade.

So right now because of the pandemic the city isn’t giving police escorts and street permits for second lines. Ya have to stay on the sidewalk, but that didn’t last long. Don’t tell anyone! Then we snuck into Jackson Square without a permit and the garbage picker upper didn’t even see us to tell us to get out. Don’t tell anyone that either. So yeah, it was a good day! Afterwards we went back to Muriel’s for their reception. We also have to give a shoutout to Thibodeaux’s floral studio for all of the florals. It was was an intimate post-ceremony party with their closest family and friends. It wasn’t the largest room but they had a killer jazz band, Smoking Time Jazz Club, so at first I though it was going to just be a seated dinner and that’s it. But I was hella wrong because everyone made the best of the space and let it all hang out. I’ve gotta say that I was continuously surprised again and again by this group.

To Jess and Brent, the two of you are both sweethearts and deeply genuine people. That’s a rare find these days. We wish you the happiest eternity together and can’t wait to see you again soon when we design that album together!!!! 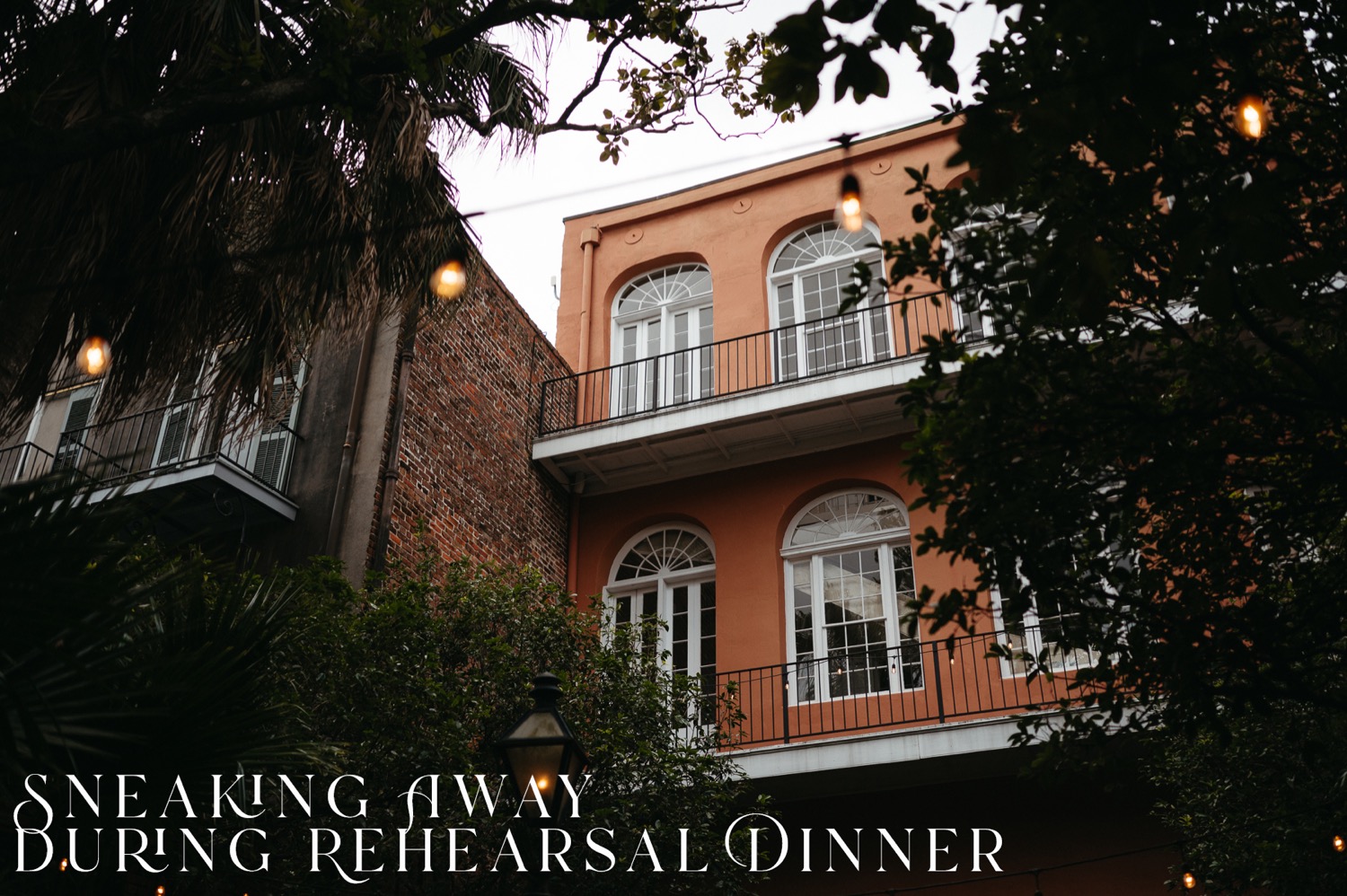 Confetti canons at the end of the night >>>> Liter

This one is for the introverts 📸 #weddingphoto

When the wedding itself doesn't make you tear up b